The SEALG Annual Meeting 2013 took place in Lisbon in collaboration with the 7th EUROSEAS Conference on 2-6 July, 2013.
Our group organised a Panel with the title "Digging up hidden (re)sources: The changing roles of libraries and archives in Southeast Asian Studies", which was held on 4 July as part of the EUROSEAS Conference. The AGM took place at the School of Social and Political Sciences, University of Lisbon, on 5 July.

Participants from Denmark, France, Germany, Japan, Malaysia, the Netherlands, Singapore, Thailand, and the United Kingdom attended the meeting this year.

The program on Thursday (4 July) started with our panel "Digging up hidden (re)sources: The changing roles of libraries and archives in Southeast Asian Studies". During three sessions, which were attended not only by librarians but also scholars and researchers, eleven papers were presented.

Wan Ali Wan Mamat spoke about “Access to Malay manuscripts worldwide through ICT” and emphasised the importance of not only digitisation but also online presentation of digitised manuscripts.
“Commoners in traditional Vietnamese society – accounts from late 19th and early 20th century records” was the topic of Sud Chonchirdsin’s presentation.
Following this, Lim Peng Han gave an insight into his research of primary sources in his paper (with Mohd Salleh Aman) “Identifying and collecting primary sources of information in the archives and libraries in England, New Zealand, United States and Singapore to reconstruct the details of daily lives and activities of the civilian internees at the Changi Prison and Sime Road Camp during the Japanese occupation of Singapore, 1942-1945 – issues and challenges”.
Yohei Shimizu emphasised the “Importance of primary resource materials – with a special reference to the Buddhist manuscripts of Thailand” in his paper, based on his research and cataloguing projects at various libraries and monasteries in Thailand.
Louise Pichard-Bertaux gave an introduction and overview of her activities connected with “Sources d’Asie – a collective program for preservation of ephemeral sources in Asian languages”.
Jana Igunma talked about her efforts of cataloguing and making available “The Henry Ginsburg Archive – a treasure for research, a challenge for librarianship”.
This was followed by Maria Kekki’s presentation about “The Soren Egerod collection at the British Library” that has just been catalogued in the library’s online manuscripts catalogue.
Holger Warnk introduced us to “The Library of the Department of Southeast Asian Studies in Frankfurt – collections, tendencies and perspectives” and gave an overview of the various special collections held there.
Kathleen Schwerdtner Máñez gave a talk about her most recent research (together with Sebastian C.A. Ferse) “A window into the past – the role of historical material reconstructing marine resources use over time”.
Jotika Khur-Yearn dedicated his talk “Keep it informed – the role of blogging in the 21st century libraries” to the relationship between libraries and social media.
Finally, Doris Jedamski shared with us her thoughts and concerns about “Library collections between faculty liaison, social media, and archive dust”.
(Prachark Wattananusit’s paper on “The role of the Thai Library association in the development of Thai libraries, librarianship and library cooperation” was handed out to the participants as he was not able to attend in person.)

During the EUROSEAS conference dinner at Casa do Alentejo in the city centre of Lisbon we had the opportunity to further mingle with members of the higher education and research community.

Jana Igunma welcomed all the participants and presented the minutes for last year's meeting and the financial report of the group for the year 2012, which had been prepared by our Treasurer Margaret Nicholson. She also informed about apologies for the current meeting.
Next, some participants reported about news from their libraries as well as new and ongoing projects and activities, whereas others had included such information in their paper presentations on the previous day already.

Jotika Khur-Yearn informed us about developments at the library of SOAS, London. Since last summer, SOAS Library has acquired over 700 new printed books on the subject of Southeast Asia for the amount of around £25,000. The library also spent over £8,000 for serial subscription of printed periodicals, i.e. journals, magazines, newspapers, etc, on Southeast Asia. These do not include the purchase of databases of electronic resources which also cover e-books, e-journals, e-newspapers, and other online resources on the subject of Southeast Asia.
SOAS has set up an Approval Plan with Mary Martin Booksellers, which has been going on well so far although it needed improving or monitoring in order to keep the allocated budget under control.
SOAS is currently purchasing a new e-resources collection called “DNSA: Middle East and Asia”, covering 3 collections on Southeast Asia – 1) The Philippines: U.S. Policy during the Marcos Years, 1965-1986; 2) U.S. Policy in the Vietnam War, Part 1: 1954-1968; and 3) U.S. Policy in the Vietnam War, Part II: 1969-1975.
SOAS has received some remarkable visits of delegations from Southeast Asia, including Myanmar’s Ministerial Delegation led by Dr Myo Myint, Deputy Union Minister for Education; Burma’s 88 Generation of Democratic Movement, including its leading figure Min Ko Naing; The Philippines Ambassador speaking on Pacific Maritime Security (as part of the 2013 Ambassador Speaking Series) on 15/5/13 organized by The Pacific Islands Society at SOAS; and William Waung, representative of the Siam Society in Bangkok.
Jotika, who is SOAS's Subject Librarian for South East Asia and Pacific Islands, is currently doing part time study for a librarianship at City University, London, and is expected to complete it by the end of 2014.
Lim Peng Han made us aware that every two to three years the CONSAL Conference is taking place and would be a good opportunity to establish a partnership with this organisation.
Per Hansen reported from NIAS that the institute’s library moved to new premises at the Faculty of Social Sciences campus in central Copenhagen on 1 October 2012, but they will again move in the autumn of 2013. Furthermore, the library has appointed a new head of library who works half the time as leader of the Faculty Library of the Social Sciences. Approximately half of the acquisitions of the last five years are now on open shelves at that library.
Sud Chonchirdsin reported about the retro conversion of card catalogues of the British Library’s Vietnamese collections into an electronic version to make them searchable on line; about his contributions to the current propaganda exhibition at the British Library; and about the SEA manuscripts digitisation project (funded by Henry Ginsburg Trust) Phase 1 (completed; 7 manuscripts from SEA collections digitised) and now working on Phase 2 (15 SEA manuscripts will be digitised by end of 2014).
Jana Igunma added a note on digitisation in general at the British Library. Procedures and workflows for digitisation projects are quite complex and involve not only the digitisation (photographing or scanning) of collection items, but also electronic cataloguing of the original collection items (provided that an electronic cataloguing system is in place that is compatible with the online presentation system), and often also conservation works on original items are necessary before the actual digitisation can begin. In addition, before digitisation can start, certain minimum requirements for the digital images (master files) should be defined to ensure a consistent quality, a file naming convention has to be worked out to ensure that the online presentation software harvests the correct metadata from the cataloguing system, and one should also be certain about secure offline storage of the digital master files. The biggest milestone for all the digitisation projects at the library was the development of an online presentation system that automatically harvests descriptive metadata for the original item from the electronic cataloguing system, which are then presented together with the digital images using Microsoft’s Seadragon Ajax Image Viewer.

Following the presentation of news, Doris Jedamski gave a demonstration of how the SEALG Wiki can be used efficiently to improve communication and sharing of information and electronic files between SEALG members. A virtual Wiki workspace offers much more than email, but at the same time is as private and secure as email. Doris also demonstrated how we could improve our blog and make it more popular.
Last but not least she briefed us about her participation in a workshop of the LinkingData Workshop last year in Leiden. We agreed that we should explore the possibility of SEALG becoming an active member of this network.

Concerning our Annual Meeting 2014, we decided to organise it in collaboration with the Frankfurt University Library either towards the end of June or early July 2014. 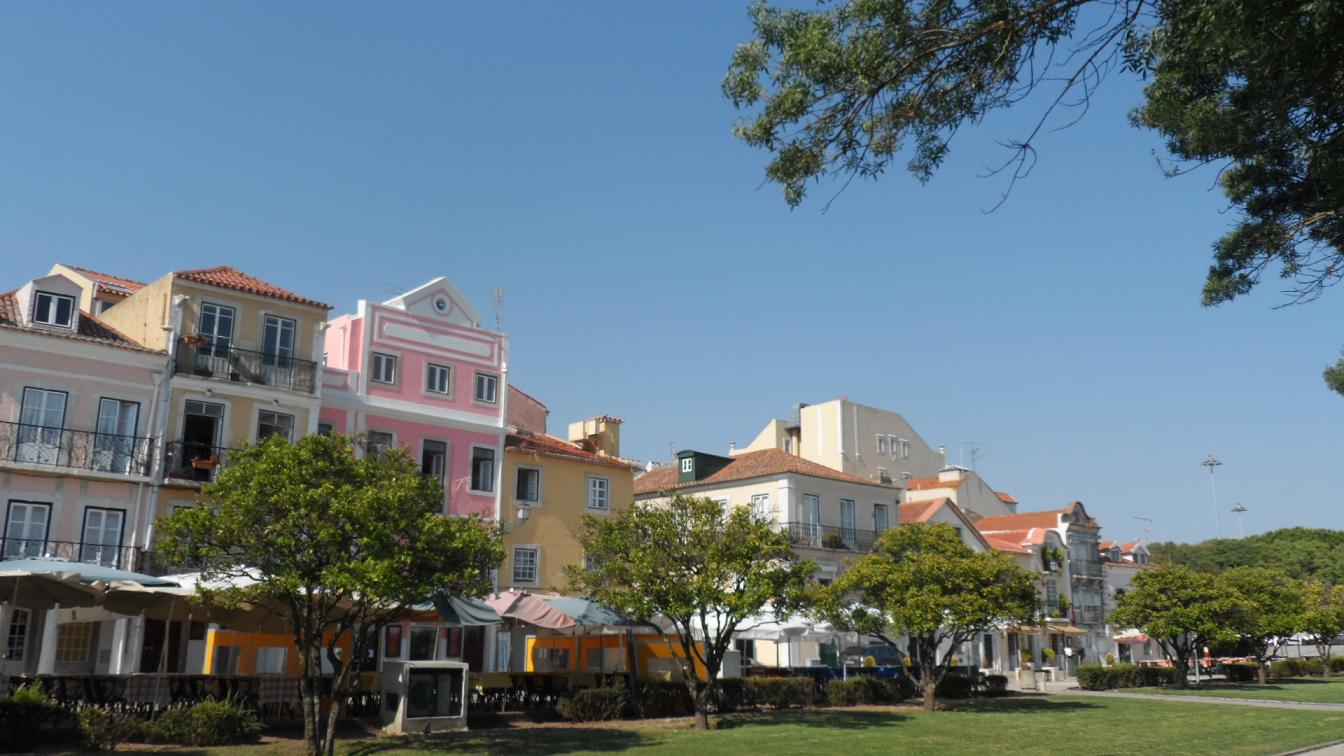 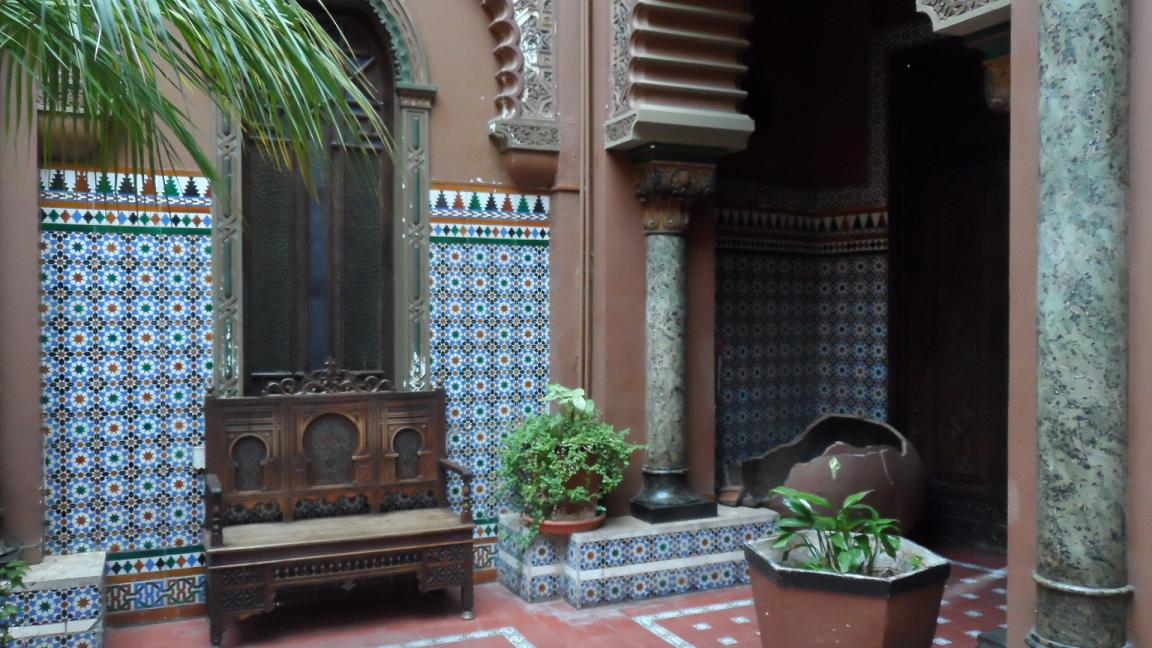 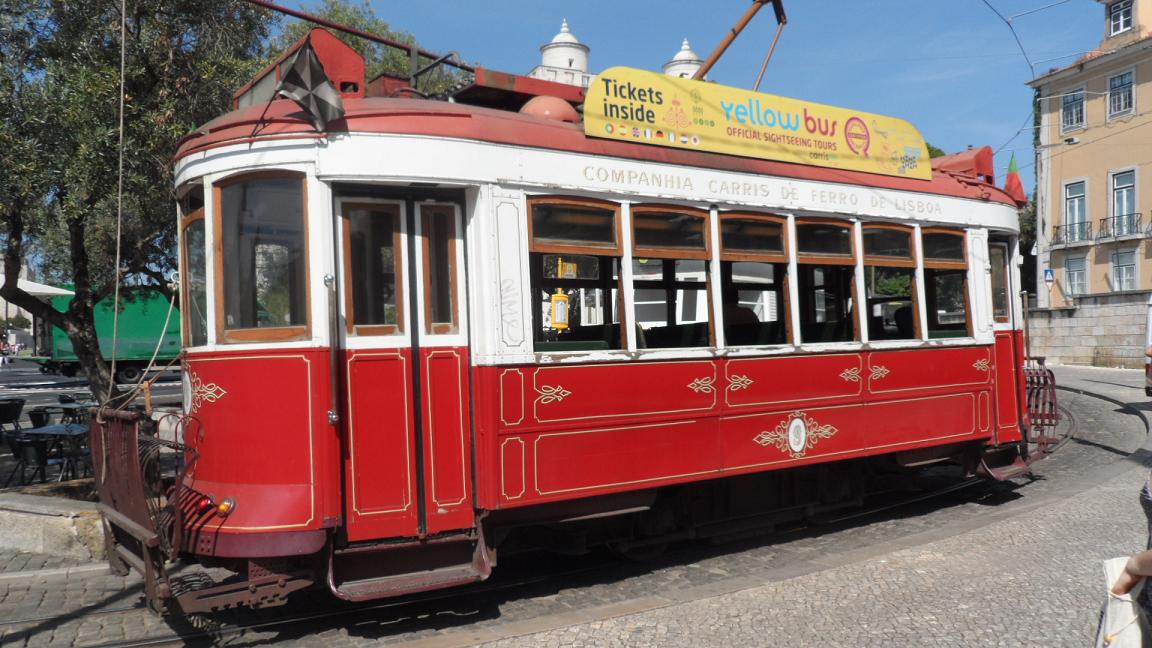 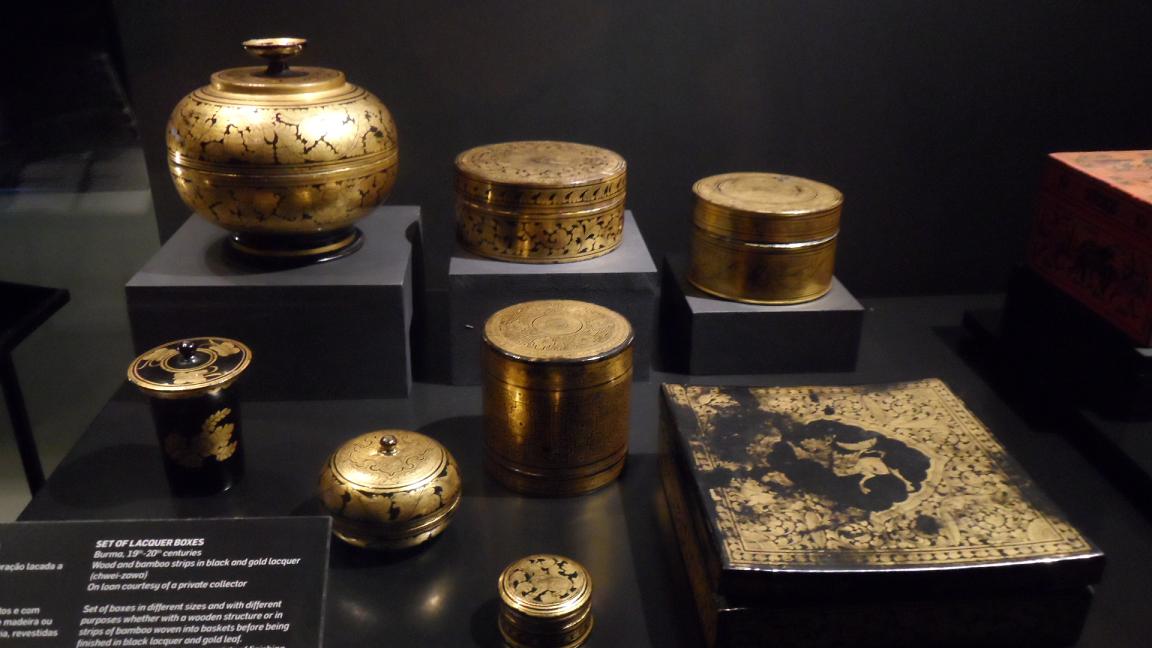 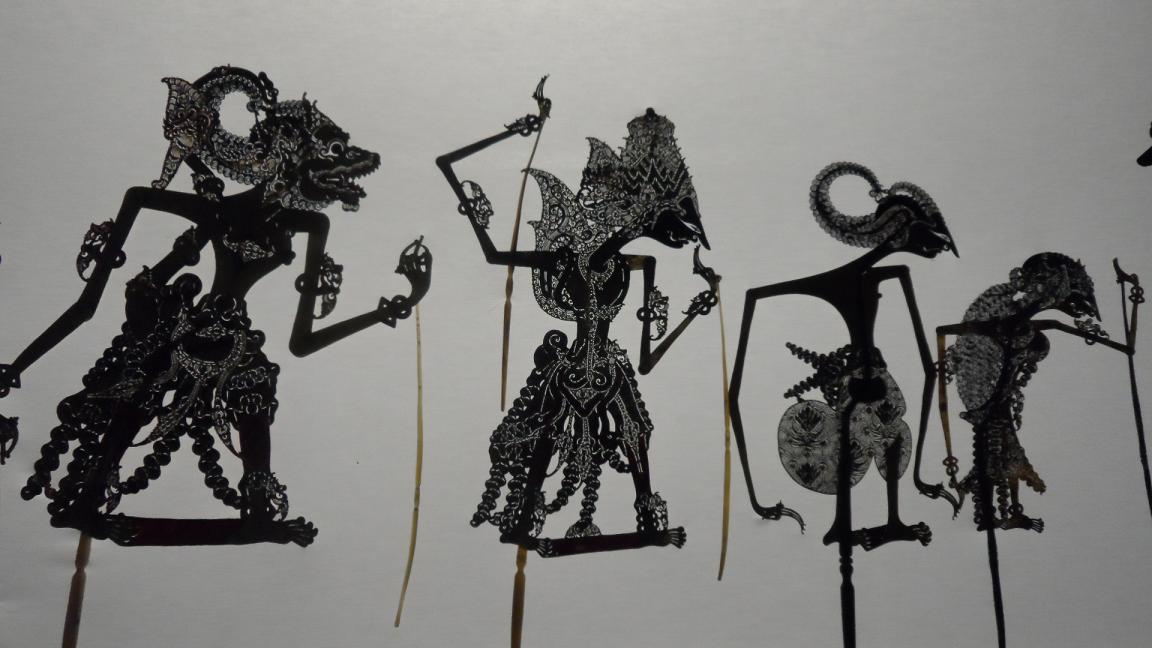 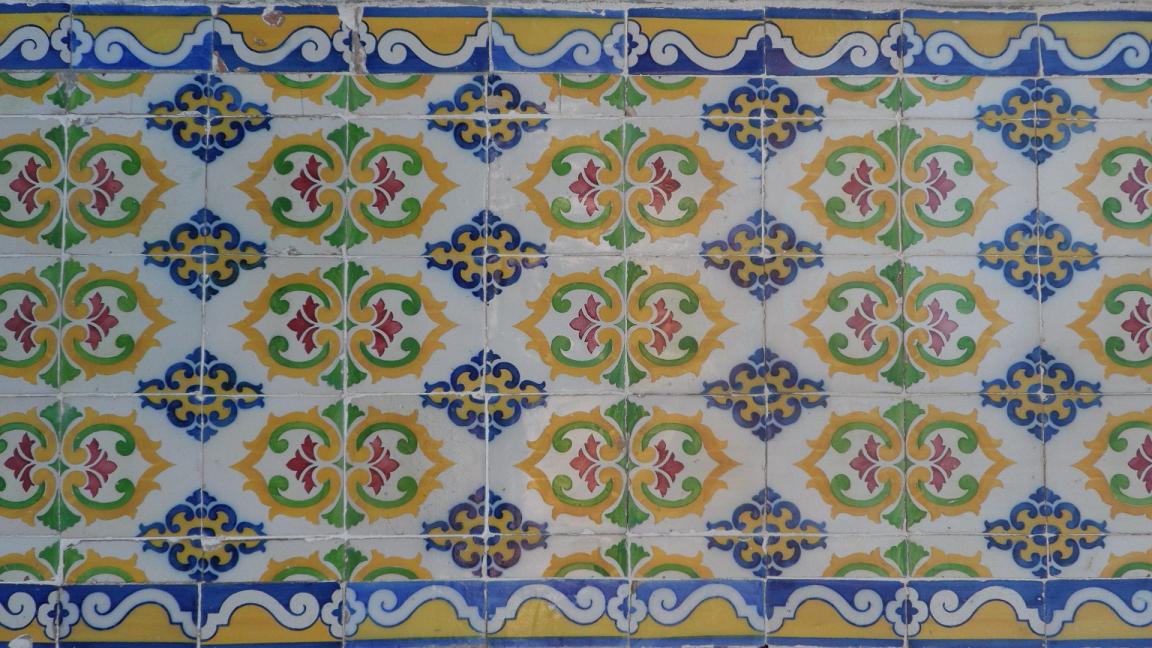