The AGM of the Southeast Asia Library Group took place on Saturday, 19th August 2017, at the library of the Oxford Buddha Vihara, following our group's panel with the theme ‘Collecting, Preserving, Showcasing: Cultural Pasts of Southeast Asia’ at the 9th EUROSEAS Conference which took place from 16-18 August 2017 at Oxford University.

Our group organized the panel “Collecting, Preserving, Showcasing: Cultural Pasts of Southeast Asia” at the 9th EUROSEAS Conference at the University of Oxford on 18 August 2017. Five papers were presented on Friday afternoon between 1.30-4.30 pm, with more than 30 participants in the plenum. The first paper was delivered by Monica Janowski (SOAS, University of London) on “Re-building the Sarawak Museum: Exploring the Role of Research”. Monica spoke on the recent activities on the renovation of the well-known Sarawak Museum in Kuching and its displays. She explained the role of the museum in general as well as the role of researchers and curators who will be involved in the creation of new displays as well as in the cooperation with current museum staff.
Kathryn Robinson (Australian National University, Canberra) highlighted in her presentation “Rediscovering Cultural Identity in a Digital Age” how in the mining town of Sorowako (South Sulawesi, Indonesia) the young adult generation is tapping into digital museum collections to look for expressions of their “lost” cultural identity. They also use the findings for solidifying their moral claims for recognition or for preparing their community for an anticipated economy based on tourism.
At the end of the first session Analyn V. Salvador-Amores (Museo Kordilyera & University of the Philippines, Baguio) spoke on “Anthropological Perspectives on the Philippine Collection of the Field Museum: Materical Culture, Collection and Igorot Identity”. She emphasized how important museum collections like those in the Field Museum of Chicago are for the cultural and social identity of indigenous groups in Southeast Asia. The access to those collections through digitization again plays a crucial role here.
The second session opened with the paper “Preserving God amid Globalization: The Fauna, Flora, and Mineral in the Oldest Cabinet of Curiosity and Conversion in the Philippines” by Pearlie Rose S. Baluyut (State University of New York, Oneonta/NY). Pearlie showed many examples from the University of Santo Tomas Museum of Arts and Sciences and how they were inventoried in the 19th century against the background of the conflict between the Catholic Church and Darwinist theories of evolution.
The last presentation by Holger Warnk (Goethe-University Library, Frankfurt) on “Worlds of Arts and Wonders: Artefacts from Southeast Asia in the ‘Wunderkammern’ of Early Modern Europe” showed how and why artefacts from Southeast ended up in European collections since the 16th century. He chose as examples exhibits of exotic birds like cockatoos, birds of paradise or cassowaries and Asian manuscripts written on palm leaves, paper or bark.

On Saturday morning we had the honour to be hosted by the Oxford Buddha Vihara and were warmly welcomed by its abbot, the Venerable Dr. Khammai Dhammasami, who kindly handed over book donations to the participants.
After receiving the apologies for absences, the committee sent its greetings and well wishes to their Chair Doris Jedamski who could not attend the meeting. Then the minutes of the last meeting in Copenhagen in 2016 had been presented and had been approved by the present members of the group. The financial report by our treasurer Margaret Nicholson was discussed shortly and was accepted with a warm thankyou to Margaret.
Holger Warnk (Goethe-University Library, Frankfurt) started the reports from the members of the group by summarizing the EUROSEAS panel. Then he read the report from the Staatsbibliothek in Berlin written by Claudia Götze-Sam. The library had recently added 500 titles in Burmese from the collection of Dr. Annemarie Esche from the 1960s to the 1990s in the fields of language, literature, Buddhism, history, ethnology, arts and architecture. In cooperation with various specialists from Indonesia and other countries the library recently published a “Catalogue of Indonesian manuscripts. Collection Staatsbibliothek zu Berlin, Preußischer Kulturbesitz”.
Then Holger Warnk informed the group about the cataloguing of several thousand books from the former KIT-Library in Amsterdam as well as the beginning of the cataloguing of the collection of Prof. Ulrich Kratz at the Library of Southeast Asian Studies at Goethe-University Frankfurt. Recent acquisitions were the papers of the late Prof. Teuku Iskandar (Leiden), including several books and theses from Brunei and Malaysia on traditional Malay literature as well as the library of Prof. Wilfried Lulei (Humboldt-Universität Berlin) which consists of books on Vietnam. Holger also reported about his visit to Malay-Muslim bookshops at Patani in Southern Thailand where he bought several books in Jawi script, many of them Islamic text books for education at religious schools in Southern Thailand.
Jotika Khur-Yearn (SOAS Library London) reported on recent collection development policies with a priority on e-resources at the SOAS Library, and the related relocation and re-classification of resources. The following workshops had been carried out at SOAS Library: Weeding programme workshop (January 2017), a manuscript workshop (June 2017), an RDA workshop (July 2017) and a CCM Tools workshop (July 2017). In September 2016 the Senate House North Block was opened, marking the SOAS centenary.
Jana Igunma provided a summary of the ongoing digitization of Southeast Asian manuscripts, which is now in its fourth phase and for the first time also includes scrolls. Jana also reported about her visit to the EFEO Library in Chiang Mai in July 2017 and her attendance of the 13th Thai Studies Conference at Chiang Mai where she presented a paper with the title “A Note on a Thai (Ayutthaya) Version of Sang Sinchai”.
Next Laura Muldowney reported on digitization plans at the Chester Beatty Library at Dublin, with the aim of improving the visibility of Southeast Asian material in its collections. The Chester Beatty Library has holdings of Thai books and manuscripts from the period of early European contacts with Siam.
Marije Plomp (Asian Studies Library, Leiden University) informed about the latest developments in Leiden. She mentioned the great opening of the Asian Studies Library in September 2017. Here, too, more digitization projects will be carried out, partly in cooperation with Google Books, and resources shall be made available via Google Books and through the online catalogue of the Asian Studies Library.
Per Hansen (Royal Library, Copenhagen) announced the merger of the collection of physical books from the NIAS Library, which is now a specialised digital library, with the Royal Library as well as the accommodation of services of the Roskilde University Libraries.
Marije Plomp proposed to invite the SEALG to hold the Annual Meeting 2018 at the Asian Studies Library in Leiden. As many members could not attend the meeting in Oxford due to school holidays in August it was agreed to organize the meeting a month earlier, in July 2018.
Jana Igunma announced that the deadline for the SEALG Newsletter is 30 November 2017. Contributions are very much welcome. She also mentioned the SEALG blog and asked for contributions, which should be about 300 words long and include one or more illustration(s).
In the afternoon the SEALG Committee visited the Ashmolean Museum with its temporary exhibition “Collecting the past: scholar’s taste in Chinese art”. The day ended around 4 p.m. with coffee and tea at the roof café of the museum.

We would like to express our gratitude to the Oxford Buddha Vihara, in particular to the Venerable Dr. Khammai Dhammasami and his assistant, but also to the lay people who prepared the delicious lunch for their hospitality and generosity. We also thank Dr. Jotika Khur-Yearn for helping to organize the meeting at this wonderful and calm location. 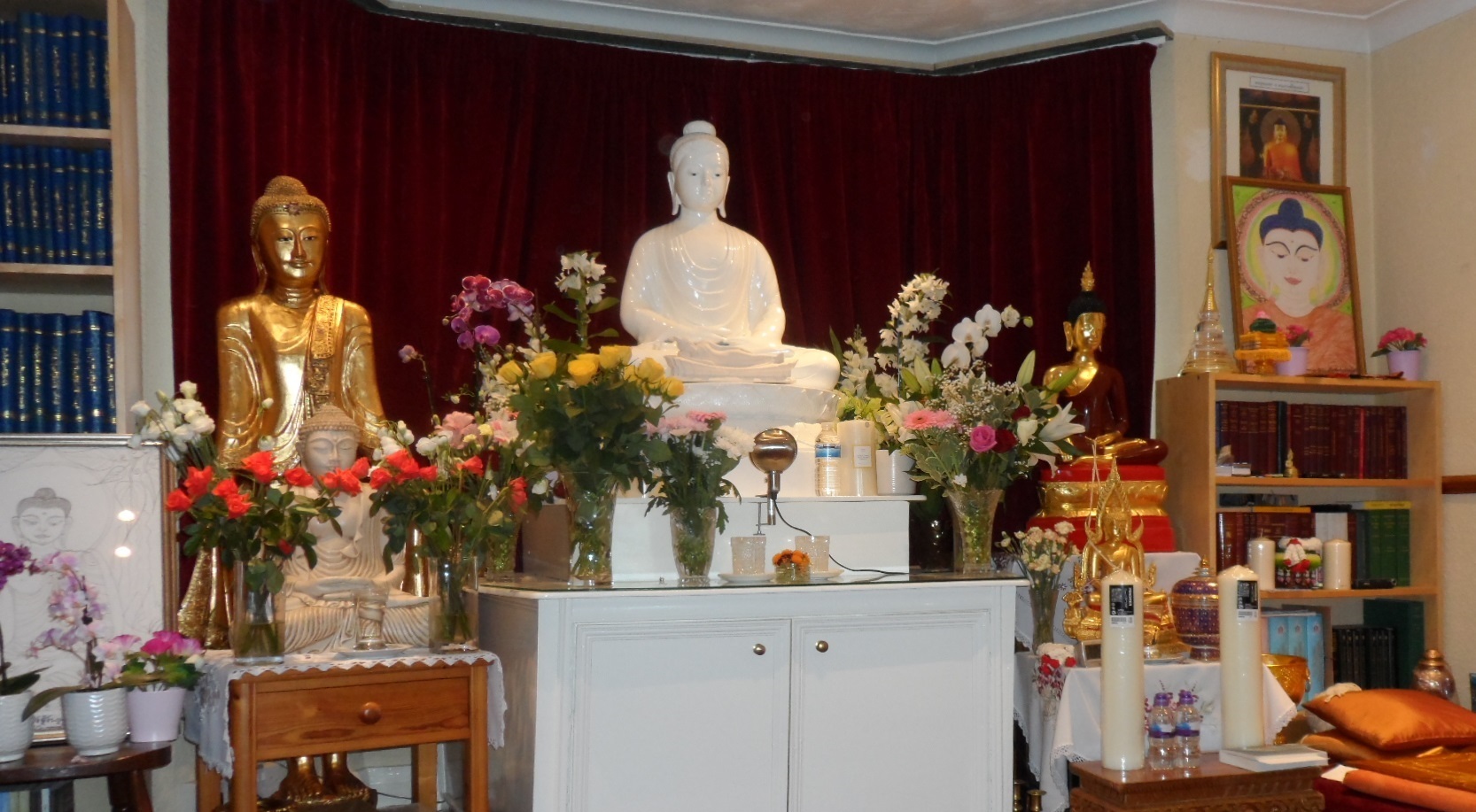 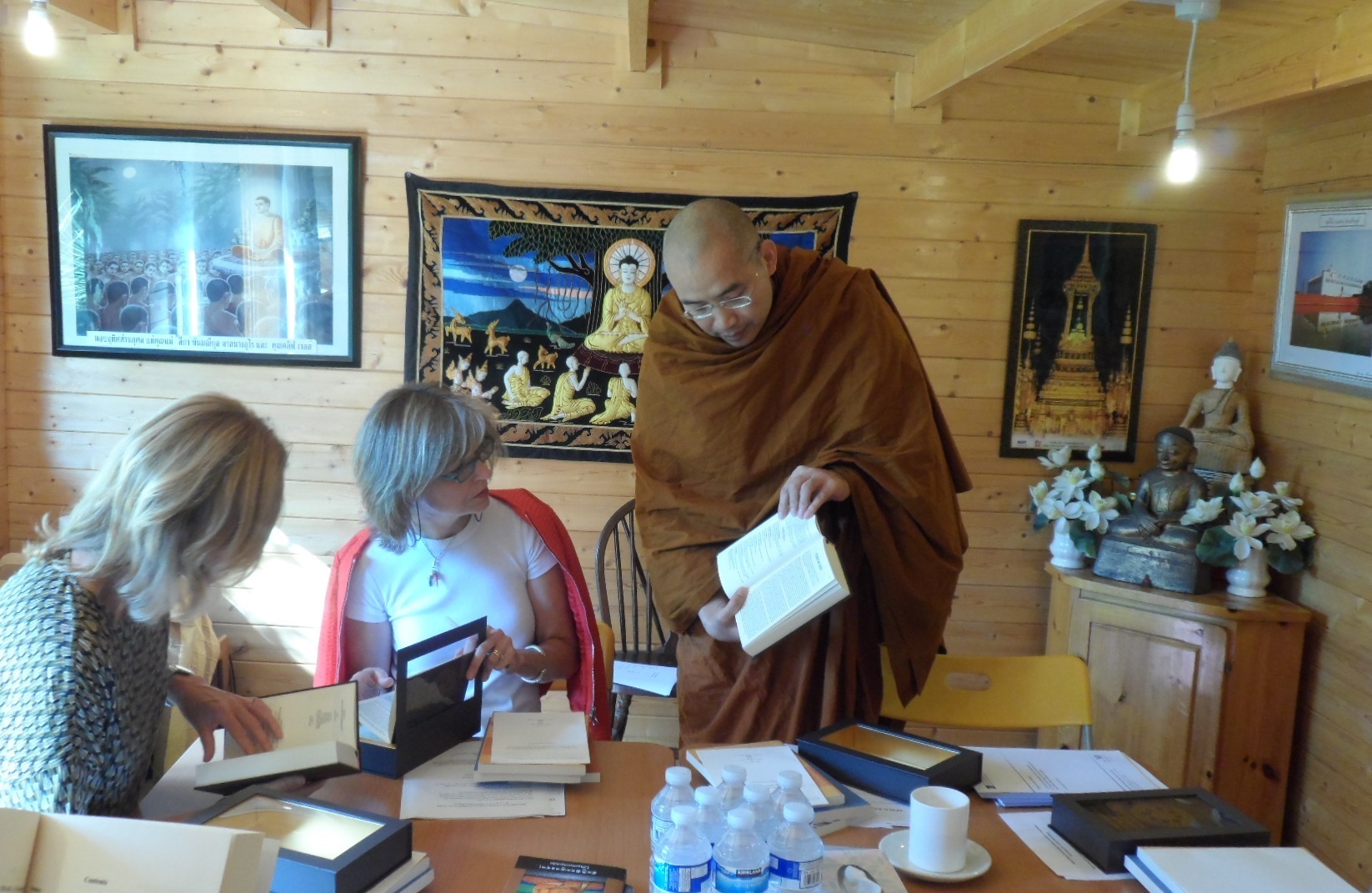 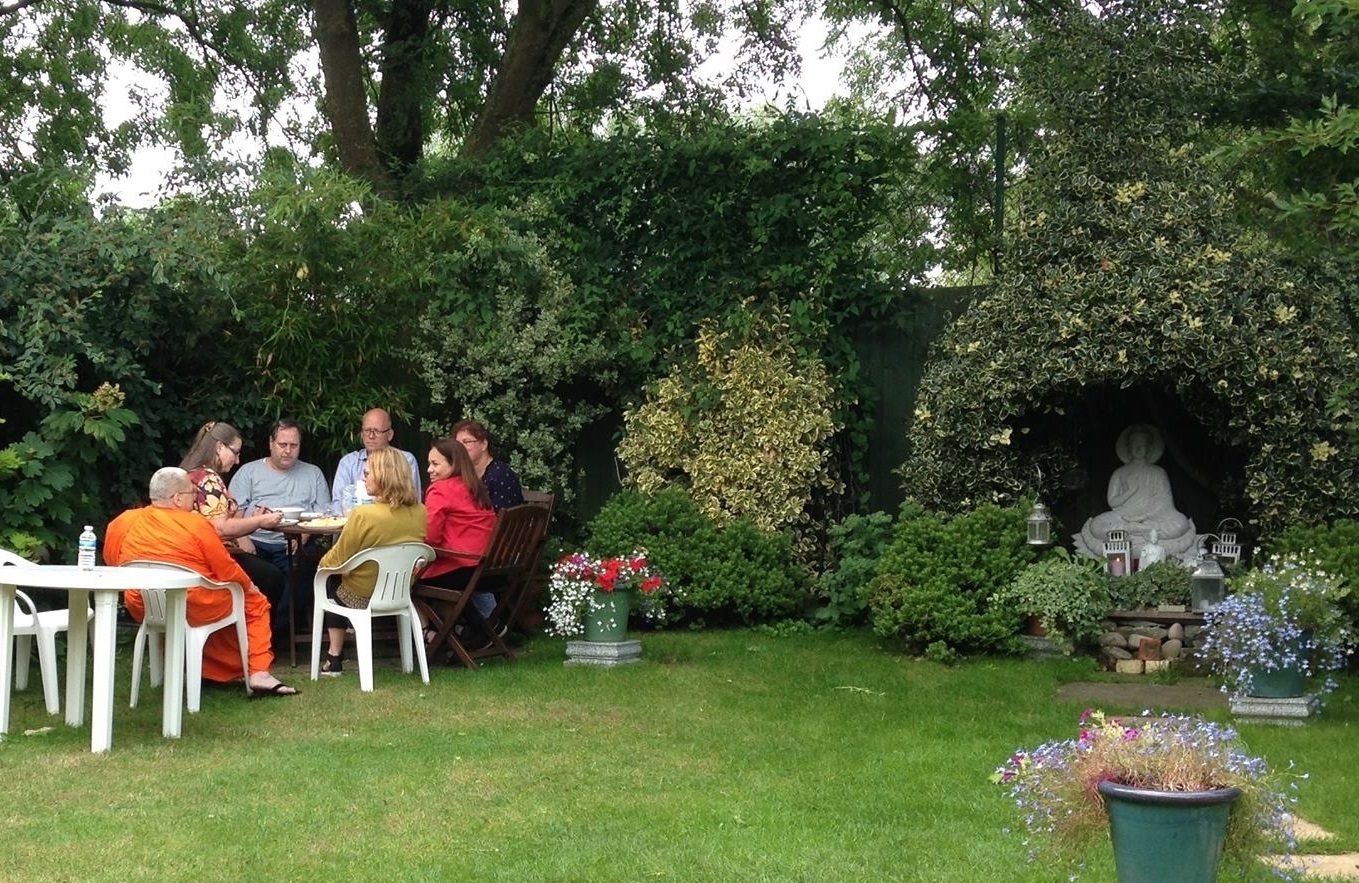 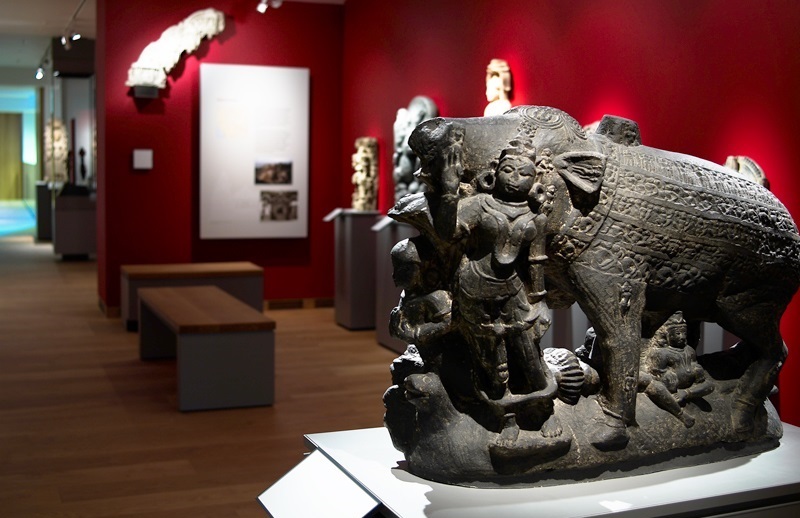