The Annual Meeting of the Southeast Asia Library Group 2018 took place on 5-7 July 2018 in the Vossius Conference Room at Leiden University Library (UBL) in Leiden, the Netherlands, and was organised by Doris Jedamski and Marije Plomp. Participants from France, Germany, the Netherlands, Sweden and the United Kingdom attended the meeting this year.

Early arrivals met up on Thursday evening, 5 July, for a nice welcome 'borrel' and a bite to eat in one of the many lovely Leiden cafés. On Friday morning, 6 July, the SEALG meeting commenced with a welcome address by Doris Jedamski and Marije Plomp.

During the first session the UBL specialist for the digital Special collections, Saskia van Bergen, introduced the 'Leiden University Library New Digital Library' and exemplified the many digitization activities of the library which allows also 'digitization on demand' services at very reasonable fees. The second speaker, Martijn Storms, curator of the map collection, presented in his paper 'Maps in the Crowd' an overview on the impressive collections of more than 81.000 maps of UBL/KITLV/KIT, c. 28.000 of them related to Southeast Asia. Many maps are already accessible online but UBL is seeking ways to put all maps online, supplemented by metadata and user-friendly accessibility modes. A crowd sourcing project led by Martin has been very successful. Both papers were discussed intensively regarding questions of copy rights, digitization problems of pictures, newspapers, music and the like.

After the lunch break Doris Jedamski had prepared a small pop-up exhibition of selected items and manuscripts from the UBL/KITLV collections, among them the very first manuscript in the Leiden library originating from the Malay archipelago, a palm leaf manuscript from Java dated 1597. Marije Plomp opened the afternoon session with her presentation of 'The Asian Library', which had officially been opened by Queen Maxima on 14 September 2017. The Asian collections of UBL contain more than 1.000.000 books and journals on about 30 km shelves, more than 200.000 photos and print cards, 20.000 manuscripts and more than 16.000 maps. Marije also explained the UBL Fellowhip Program which allows visits up to four months in the special collections of UBL. After her presentation Marije took us on an impressive tour through the new locations and reading rooms of the Asian Library of UBL.

In the afternoon a guided tour through the world famous Hortus Botanicus of Leiden University followed. In the evening we were served an excellent conference dinner on the terrace of the restaurant Het Prentenkabinet.

The first paper on Saturday morning was presented by Christophe Caudron on the 'The French Professional Network DocAsie' . This network brings together 38 French libraries with Asian collections, among them 18 with important Southeast Asian holdings.
The next speaker was Jotika Khur-Yearn who gave a talk on 'Learning through Cataloguing: Notable Burmese and Shan Manuscripts', conveying many relevant insights into the problems of cataloguing manuscripts, highlighted by examples of Burmese and Shan manuscripts from the British Library and Northern Illinois University Library.
Then Holger Warnk spoke on 'Rub Up the Table Till It Shines': Household Management in a 'Kitchen' Malay Phrasebook'. He explored the colonial female sphere of Malay communication in British Malaya through a small booklet entitled 'Malay for Mems' by Maye Wood.
Finally Doris Jedamski showed us in her presentation 'The Silent Witnesses of the Dutch-Indonesian War 1945-49 in the UB Leiden Collections' how the most varied materials, such as posters, diaries, letters, photos, propaganda flyers or minutes of top secret negotiations together form a collection that not only documents the Dutch-Indonesian war, but which makes it tangible for generations to come.

The minutes from our annual meeting 2017 in Oxford as well as the financial report that had been compiled by our treasurer Margaret Nicholson were presented and unanimously accepted by the present members. The election of the SEALG Committee came next. Doris Jedamski as chair and Holger Warnk as vice-chair were re-elected. Jotika Khur-Yearn had announced his resignation as SEALG secretary; Marije Plomp was elected as new SEALG secretary.

Doris Jedamski reported on the book project of SEALG and the many problems emerging during this effort to combine papers from the SEALG panel at the EUROSEAS Conference in Oxford (2017) with papers from the ASEASUK Conference in 2016 in one book publication. The group then discussed the SEALG Newsletter for 2018. It was agreed that the 50th Anniversary of SEALG should be celebrated by a special newsletter. Due to the great work load (see below) it was agreed by everybody that Jana should receive as much assistance and help as possible. For the special newsletter it was agreed to contact former members of SEALG in search for personal notes, memories and other contributions.
As to the SEALG blog, Jana sent out a very clear SOS: If she does not receive some contributions soon, the blog might appear 'dead' to the outside world! We are hence looking forward to interesting contributions, research notes, announcements etc. to be posted on the SEALG blog!
As one last point before the concluding round of institutional news, the new EU regulations on personal data were mentioned as one urgent issue to be addressed by SEALG soon, as it touches upon, among other, its use of its mailing list.

Holger Warnk reported for the Library of Southeast Asian Studies at Frankfurt that more than 40.000 items (among them more than 1.000 journals) had been catalogued. The ongoing cataloguing also includes the entries of the former social science collection of the KIT on Southeast Asia and the first 500 titles of the collection of Ulrich Kratz of Malaysian, Indonesian and Bruneian literature. Furthermore, the library received the Indonesian collection of the late Leonhard Pohl, a former Olympic bronze medal winner in athletics in 1956 and TV editorial journalist. The collection included shadow puppets, Indonesian daggers (keris), batik stamps (cap batik), betel knives, Wayang Golek puppets and two (Javanese?) palm leaf manuscripts.
Carina Enestarre and Mia Nilsson from Lund University informed us that in January 2019 the Library of the Centre for East and South-East Asian Studies will organizationally be moved to The Joint Faculties for Humanities and Theology. They will still stay in their new premises, which they moved into in December 2016, when some of the older material (about 7.000 books mainly in Chinese) was moved to the HT Faculties. Both the Centre of East and South-East Asian Studies and the Asia Library will still be focusing on interdisciplinary, contemporary East and South-East Asia. They will also start listing their unique collection of Kampuchea documents.
Claudia Götze-Sam, Staatsbibliothek Preussischer Kulturbesitz in Berlin, mentioned as one major point of attention in her library the next application for the Specialized Information Services, Deutsche Forschungsgemeinschaft (DfG), which has to be submitted shortly. Furthermore, more intensified contacts with the academic community, also outside of Berlin, are desired and will be worked on. The inter-librarian loan services and the database Cross Asia will be extended and enhanced. Good news from the Staatsbibliothek Berlin was that a special budget could be secured for replacing titles that were lost during World War II, for restoring books (particularly from the years 1933 onwards, as those had been printed on fragile paper), and for purchasing images from and on Southeast Asia. However, lack of sufficient staff remains a constant problem.
Jana Igunma provided a summary of the activities of British Library, covering digitization projects that are carried out continually and which are all externally funded. Jana is also lead curator of a major exhibition on Buddhism at the British Library (Oct. 2019 to Feb 2020), with assistance by San San May. Jana is also editor of the exhibition book and a special issue of Arts of Asia that focuses on Buddhist manuscript art. Finally Jana announced the publication of her new book co-authored with San San May with the title 'Buddhism Illuminated: Manuscript Art from Southeast Asia', published by the British Library in May 2018. She presented a copy to Leiden University Libraries as a gift.
Christophe Caudron gave his report on the library of Aix-en-Provence, again emphasizing the good work of the French network DocAsie. There are, however, difficulties caused by a shortage in personnel and lack of space for the extensive collections. Digitization projects linked to relevant material on Southeast Asia and the Pacific could be carried out, for instance, of material pertaining to the Bernaud family who had specific relations with Burma.
Marije Plomp reported on the official opening of the Leiden Asia Library on 14 September 2017 and the week surrounding that date. A yearly 'Asia Day' in September will be introduced as an annual commemoration with special activities and lectures on the Leiden collections. The Asia Library activities can now be followed via Facebook and Instagram. As to English-language acquisitions, Marije is currently exploring the possibility to acquire books via the Library of Congress. Linking back to Claudia's report, Marije announced that, very likely, material from UBL will be included in the Cross Asia database in 2018/2019.
Doris Jedamski informed us about an ongoing digitization project of c. 70 Malay manuscripts, including some of the top items in the collection. They will be available online soon. Furthermore all Malay manuscripts records have been completed or enriched and can be found in the online catalogue. The digitization of posters and images is still carried on. The accessibility and visibility of the newly built ephemera collection still causes some problems though. Doris has also initiated and is currently preparing a special exhibition focusing on the three top items from the UBL/KITLV collections that have been registered as UNESCO World Heritage: the Buginese epos La Galigo, the diary of the Indonesian national hero Prince Diponegoro, and the collections of Panji manuscripts (in the UB building; May to September 2019). Furthermore initial plans are made (together with Dick van der Meij) to raise funds for digitizing the palm leaf manuscript collection held at the UB Leiden.
Jotika Khur-Yearn from SOAS Library in London mentioned reduced funds for printed materials and an increased budget for e-books and digital material. Currently SOAS Library is carrying out extensive re-shelving, while also tracing and deselecting duplicates at the same time. A Philippine group sponsors SOAS Library digitization projects of books and archival material. Furthermore, Jotika has been involved in two exhibitions, respectively on the 19th century Scottish photographer John Thomson and on the Burma Campaign Memorial Library at SOAS.

After a long and intensive discussion, various options were listed for a future SEALG meeting (Berlin, Lund, Marseille) but none for 2019. Doris agreed to explore the possibility of holding next year's SEALG meeting once again in Leiden.
Last but not least SEALG founding member Rahadi Karni shared with us his memories of the founding year of the Southeast Asia Library Group in 1969. His contribution formed the bridge from the formal meeting to the very informal little SEALG birthday celebration - an 'after-glow' with a slide show and a special 50 years SEALG anniversary cake. 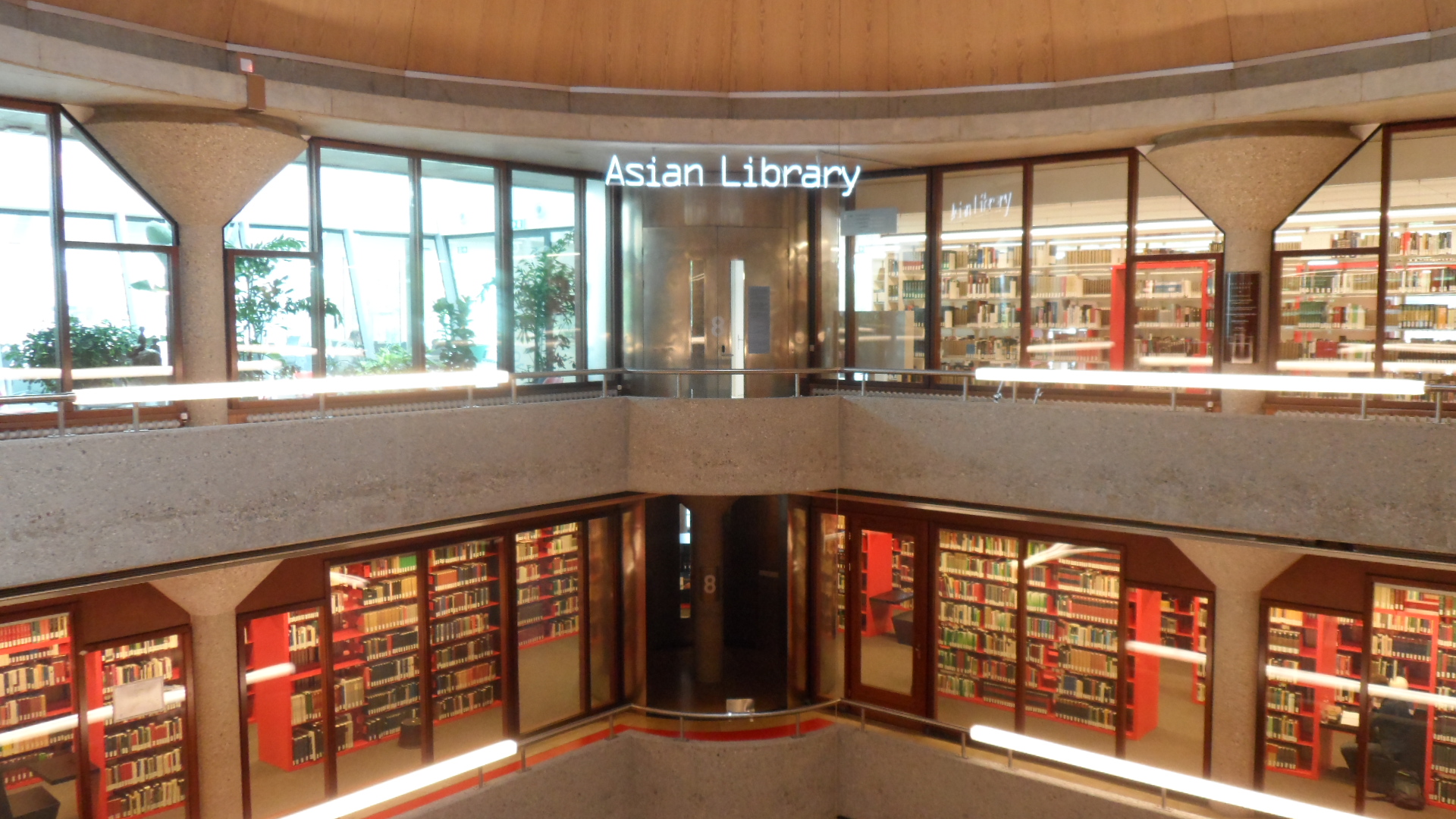 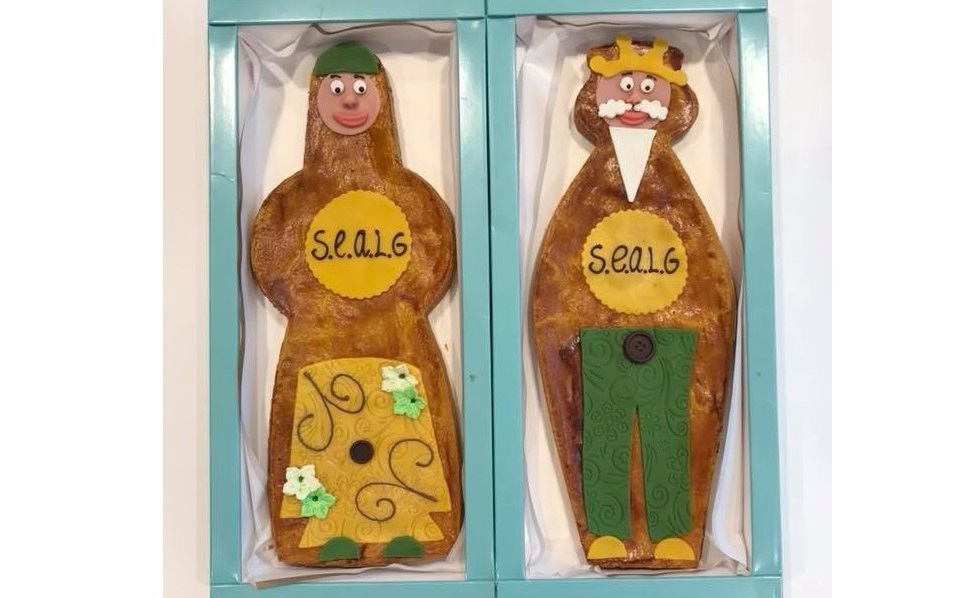 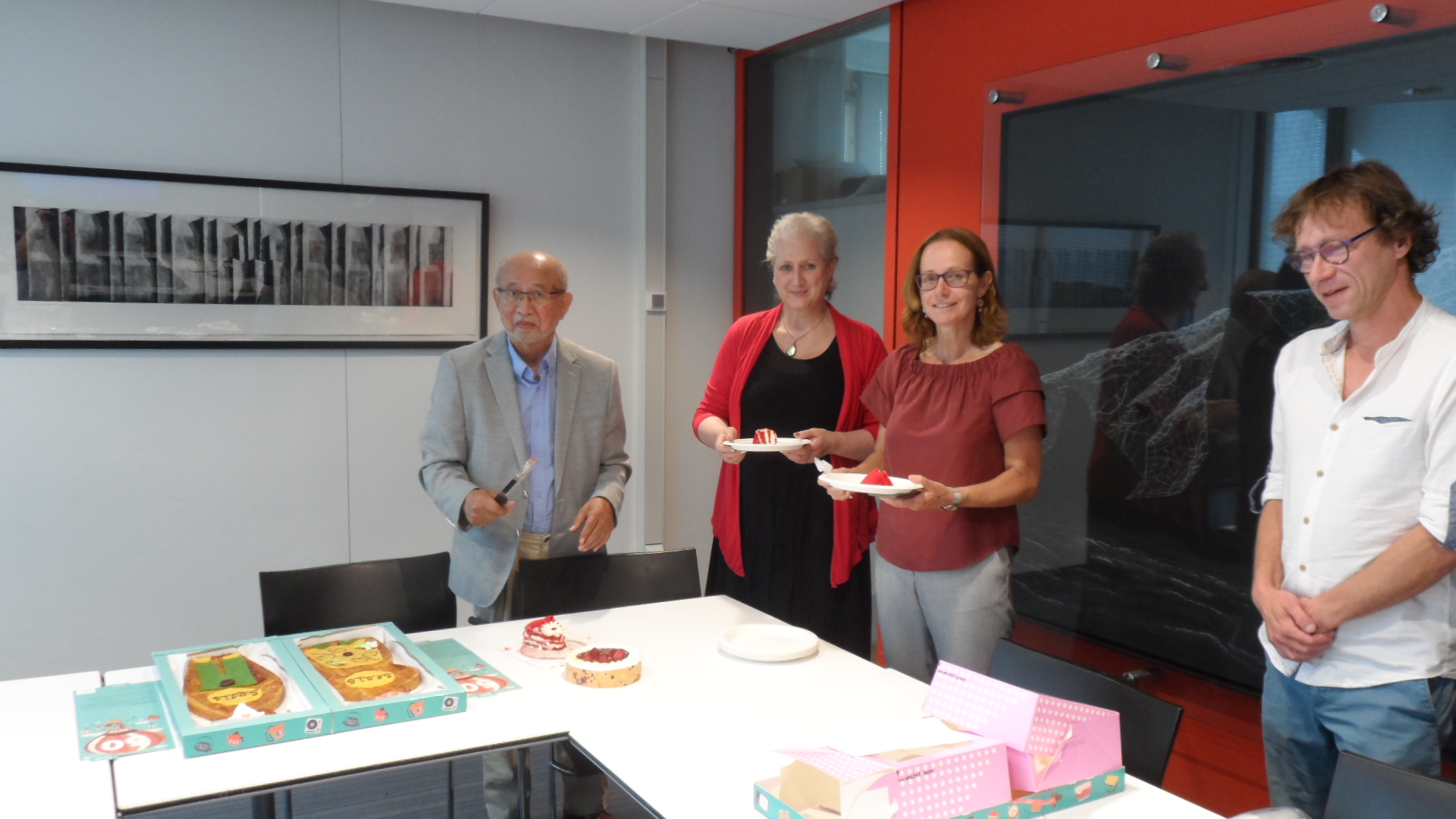